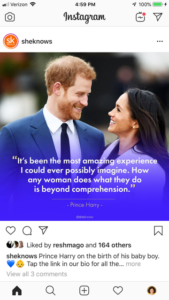 Last month, digital hobbyist Jane Manchun Wong discovered some inactive lines of code in Instagram that would turn off the display of likes on Instagram posts. Initially, Instagram claimed no immediate plans to test the functionality, but about 2 weeks later at the F8 Conference on April 30th, Facebook announced that it would shortly begin a limited test in Canada.

It’s a small but significant change. You’d still be able to like something, but the exchange would become a personal exchange between you and the content creator. Only the content creator will see who liked something and while content creators can see who, it appears that there may not be a running tally. In other words, they will have to manually count the likes. Instagram also seems to be testing other variations such as hiding the number of likes from the post creator and giving them the choice to see the likes.

Should Instagram turn on the “feature” across the platform, it would impact the social nature of Instagram.

Likes beget likes. It’s human nature: we are more likely to appreciate something when we tangibly see that others have also liked it. It doesn’t even have to be an endorsement by a person or people you admire. A volume of affection signals to us that this is something worthy of our attention, of our like.

Likes are also a key reference point for determining influencer value and the fees Instagram influencers are able to earn for branded content. The more you have, the more you are worth.

As a result, likes have become the next battleground against inauthentic content. Turning the public display off would be a fast, albeit drastic, path to shutting down a source of fraud.

The currency of likes is so strong for popularity that people have died trying to get impossible shots on mountains, towers and other wildly unsuitable places. It’s a strong argument for the platforms to address the issue, particularly with regard to children, which I will address in another post.

Reaction to the potential change has been mixed among influencers and brand marketers.

Some commenters channel Chicken Little (the sky is falling) while others like Dara Pollak of theskinnypignyc.com think it would not be such a bad thing. Says Dara:

Doing away with likes would put the focus back on the quality of the content, instead of just the numbers. Obviously, brands have to rely on numbers for their campaigns to show ROI, but they also should be paying attention to the influencer’s overall brand message to see if it aligns with theirs. If it doesn’t, the content would be disingenuous and likely fail anyway.

As a creator, it’s hard enough as it is to stand out, and when you’re constantly comparing yourself to others in your industry, it becomes an unhealthy obsession. I’m not speaking for everyone, as I know some people thrive off that form of competition, but I think that’s part of the problem. What used to be a fun industry is now just riddled with competition and envy. At this point, taking away likes won’t do away with that entirely, but it might bring a different and welcome change.”

Let’s look at the commercial implications of an “unlikable” Instagram. 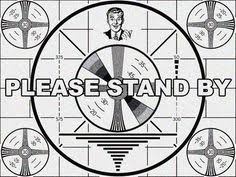 What should we do?

This is only a test. Instagram has not implemented this broadly. When/if it does, the final version may look very different from what is currently being tested.

That is, after all, the point of a test.

However, it doesn’t hurt to be prepared, so I recommend a few things.

This is a developing story. I am sure I will write about it again.