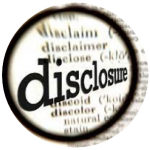 Last month, the FTC sent letters to a bunch of celebrities, reportedly chastising them for improper disclosures. Here’s what this means for marketers and influencers creating sponsored content.

First things first. There are no new FTC Guidelines for Advertising Disclosures. Still the same basic rules we’ve been working with for years:

What we did get in April was additional FTC guidance on the disclosures.

FTC guidance typically comes when the agency takes an enforcement action. In this case, it was the 90 letters to various celebrities and celebrity influencers who regularly promote brands using insufficient or unclear disclosures, sent in response to a complaint from watchdog group Public Citizen last Fall.

Generally, FTC guidance focuses on what to NOT do by highlighting practices that it deems insufficient. The FTC does not give an exact blueprint on the right way to disclose a brand relationship. If someone tells you (and I have heard this): “This is the official FTC disclosure,” they do not know what they are talking about. There is no standard, official disclosure. Just guidelines and guidance and the business practices we have developed to comply.

What was in the current guidance? Nothing surprising to those of us that have actually read the guidelines and previous guidance. The only surprising thing was that the agency took the step to reach out to influencers. Typically it focuses on advertiser compliance, for example the Lord & Taylor Instagram dress campaign of March 2015, settled in March 2016.

Here are some of the reasons I think they took the step of addressing influencers directly.

First, letters were sent to celebrities with massive followings. We don’t know exactly who received letters but names in the Public Citizen complaint included David Beckham, Mark Wahlberg, Jenny McCarthy, Chris Pratt and Kendall Jenner. Whether or not celebrities have to disclose has been a source of much confusion, but the test is pretty clear — what will the consumer understand? When the celebrity is in a television or print advertisement, or an athlete is wearing her sponsor’s gear as she performs, the audience has a good understanding of the relationship of the celebrity to the brand. The context tells us. On Instagram, where most of the reported infractions were posted, we have no such context. Everyone is technically, literally technically, the same on Instagram. My posts are viewed by my followers in exactly the same interface as Kim Kardashian West’s view hers. Without disclosure, we don’t know whether the endorsement was sponsored.

The clearest disclosure on platforms that don’t have character limits is Sponsored Post (or Video or Content), and on platforms that have character limits, #sponsored or #ad. Placed at/near the beginning of the endorsement, especially on posts that truncate on mobile like Instagram. In fact, the FTC was unusually specific when it came to this point, apparently in all the letters:

“…the letters each addressed one point specific to Instagram posts — consumers viewing Instagram posts on mobile devices typically see only the first three lines of a longer post unless they click “more,” which many may not do. The staff’s letters informed recipients that when making endorsements on Instagram, they should disclose any material connection above the “more” button.” (from the FTC press release)

Finally, the problem was spreading. Increasingly, brands are turning to influencers instead of traditional agencies.  Especially on Instagram. The longer the FTC let the inadequate disclosures stand, the harder it would be to rein it in. Issuing enforcement letters to celebrities, not just big social influencers, guaranteed a certain amount of media coverage to help the agency get the facts in front of consumers and influencers. In addition to its press release and media outreach, the agency posted the news on both its consumer and BTB blogs.

Bottom line — we are far better off creating amazing content that our audience will love, sponsored and unsponsored alike, than trying to evade the disclosure requirements. Using obscure and inadequate disclosures, especially when there is intent to deceive, betrays the trust of the audience. Don’t do it. It’s not fair to your audience and the FTC is watching.